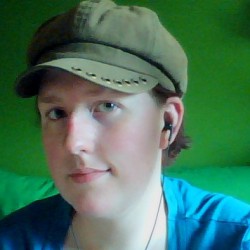 Me on Books features reviews of young adult novels, the occasional middle grade or graphic novel, and promotes Canadian young adult authors as much as possible. :) 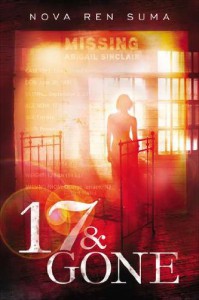 Seventeen-year-old Lauren is having visions of girls who have gone missing. And all these girls have just one thing in common-they are 17 and gone without a trace. As Lauren struggles to shake these waking nightmares, impossible questions demand urgent and immediate answers. Why are the girls speaking to Lauren? How can she help them? Is she next? As she searches for clues, everything begins to unravel, and when a brush with death lands her in the hospital, a shocking truth emerges, changing everything.17 & Gone is haunting and hugely powerful. Dripping with mystery, intrigue, sadness, and determination, this is one girl's journey to discover the truth behind another's disappearance, behind multiple disappearances of teenage girls. Something happened to these girls, something that led them to be declared missing, and one girl takes it upon herself to reveal the truth.The novel is Lauren's account of her experience right from when it starts, when she first sees Abby, when she first sees the visions, and as she sees girl after girl, story after story, until she's surrounded by them. Her voice feels slightly distant from the story as a whole, but I find that it stems from how this is told. Lauren is recounting what happened to her, what happened to the girls who went missing, and what happened as she traveled unknowingly straight to a surprising and revealing ending.While the novel mainly features Lauren, it's not just about her. It's also about the girls who are 17 and gone, gone and disappeared into the mist, into a car, into an adventure, into a life they hoped was better than the one they left behind. It's a serious subject. What happened to those girls who leave and are never found, girls whose family wants them back while the authorities just wash their hands of them as they declare them to be runaways? It's heartbreaking, it's terrible to think about, but there are those who want to find them. There are people who care about them when no one else does.The different stories, the different girls, they're all the different ways someone can become lost. All the girls are lost, but so is Lauren. She's lost in this mission they give her, swept away into the current they create, pushed into discovering the truth no matter how unexpected it might be.What is the truth behind what Lauren is seeing? She thinks she's seeing spirits, ghost, visions of the past, but is she? Or is it all in her head? Is she making it all up? Are they ghosts searching for someone to help them, or is Lauren suffering from a mental illness? In a way, I think it's up for interpretation on behalf of the reader. They can choose to believe that what Lauren sees or not.No matter if you believe Lauren or not, if you think the girls are real and crying out for help or not, this novel will still stick with you, whispering the names of lost girls, whispering their stories. Crying out for someone to find them.